OPET was formed to conserve and protect the natural environment and ecological systems of Oyster Pond. Two groups concerned with the health of the pond joined together in 1994 to form OPET.

The Oyster Pond Trust, begun in 1986 by a group of individuals concerned with plans for a housing development on what is now Zinn Park; and volunteers in the Falmouth Pond Watch program who beginning in 1987 took systematic water samples to monitor the water quality of the Pond. They documented declining pond health as a housing boom introduced more nitrogen from new septic systems.

Membership entitles you to attend Board Meetings once a month, attend and vote at the Annual Meeting, and to receive The Watershed, OPET’s seasonal newsletter. You do not have to live in the area to be a member.

There were two great challenges at the inception of OPET.  The Oyster Pond Trust was then a part of Salt Pond Sanctuaries.  Zinn Park had been secured, primarily with monies obtained by a mortgage, but Salt Pond Sanctuaries felt they could not continue the fund-raising efforts to retire the mortgage under the recessionary conditions of the time.  They made it clear they wished to rid themselves of this potential liability.  OPET agreed to take over the mortgage once our application for 501c3 status was approved, and this occurred early in 1996.  Thus, fund raising was an early and urgent need and a top priority of the fledgling organization.  Thanks to the generosity of many, we were successful and managed to pay off the mortgage in its entirety by the year 2000. 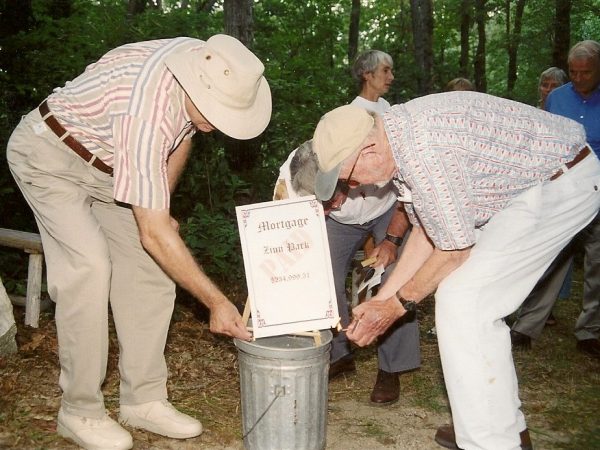 Burning the mortgage for Zinn Park in 2001

The other major issue facing OPET concerned the Pond itself and how it should be managed.  Although initially a salt water inlet that supported the growth of marine organisms including oysters, it had gradually become brackish as the major entrance to the Pond narrowed.  This resulted mainly from natural forces including the build-up of a sand bar across the entrance.  In 1875, with the construction of the railroad tracks along the southern end of the Pond, the entrance was completely closed, leaving Trunk River as the only connection between the Pond and Sound.  The ecology of the Pond changed to that of a mainly freshwater body with a salt concentration of less than five parts per thousand (ppt).  The Pond remained healthy in that state until the mid-1980’s.  At that time, the number of housing units in the watershed rose substantially, first with the development of Treetops and later SEA.

Nitrogen levels in the Pond quickly followed the rise in housing units. Additionally, aquatic weed growth began to cover the northern basin causing lower oxygen levels.  This was because the outlet culvert under Surf Drive had collapsed, restricting even further the amount of salt water entering the Pond. To encourage the exchange of water between the Pond and the Sound the Town installed a new and much larger culvert under Surf Drive. It was hoped the enhanced water exchange would lower pond nitrogen levels and increase its salinity.

The added salinity dramatically reduced the freshwater vegetation; unfortunately, it significantly worsened the condition of the pond by reducing oxygen levels at lower depths.  White perch, an especially abundant fish in the Pond, virtually disappeared as did other organisms that had previously flourished. Why?  The salinity of the Pond had increased by more than three-fold (>15ppt).  The heavier salt water sank to the bottom while the lighter fresh water from springs at the northern end of the pond stayed on top forming a stratification.  The strata did not mix well and so a good deal of the pond’s bottom became anoxic.  It had little to no oxygen.

What to do?  Town engineers considered two alternatives: 1) opening a large entrance from the pond to the Sound returning the pond to its salt water origins, or 2) constricting the salt water flow into the pond as it had been since 1875. One of OPET’s first tasks was to help decide between these alternatives.  We surveyed homeowners in the watershed and found that most were happy with the way the pond had been prior to the mid-1980’s.  Therefore, OPET developed a management policy to move in that direction.  It called for a weir to be constructed at the entrance to the Pond to control salinity and water levels. 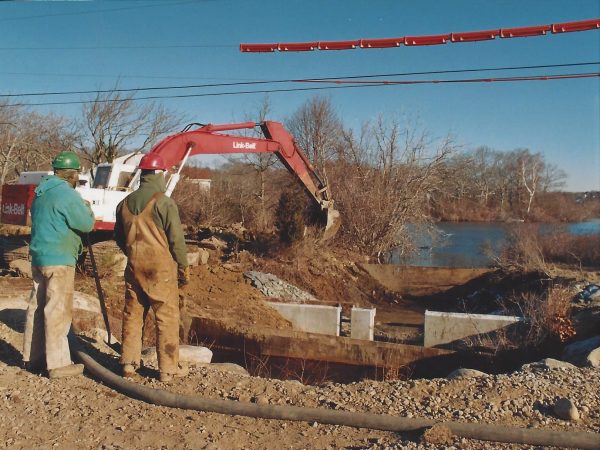 Construction of the weir in March of 1998

In 1996, the town approved the plan and provided funds for the design of the weir.  The next year funds were approved for the weir itself and it was in place by the spring of 1998.  The weir has effectively dampened the salinity swings. Ideally, we try to maintain the salinity range to between 2 ppt and 4 ppt. for the spawning of herring and to control freshwater aquatic vegetation.  The perch have returned in great numbers, the herring runs have been good and oxygen levels are better than before.  Nitrogen levels in the Pond remain high, however, and this is a serious problem that we still face. This is why the Town has developed a plan for removing this excess nitrogen to return the pond back to a healthier condition.

OPET is incorporated as a not-for-profit organization in the Commonwealth of Massachusetts. OPET is also a 501(c)3 charitable trust. All contributions to OPET are tax-deductible to the full extent of the law. 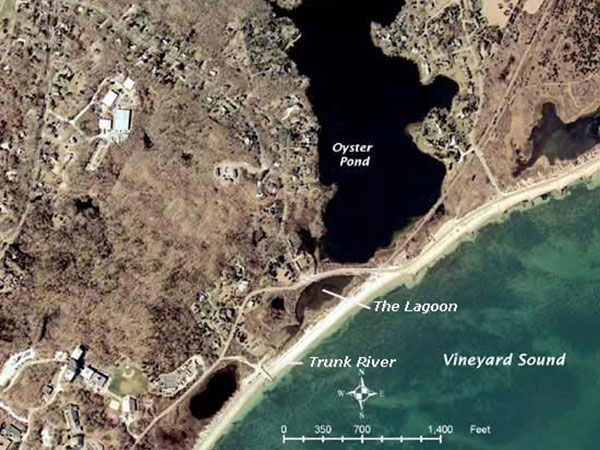 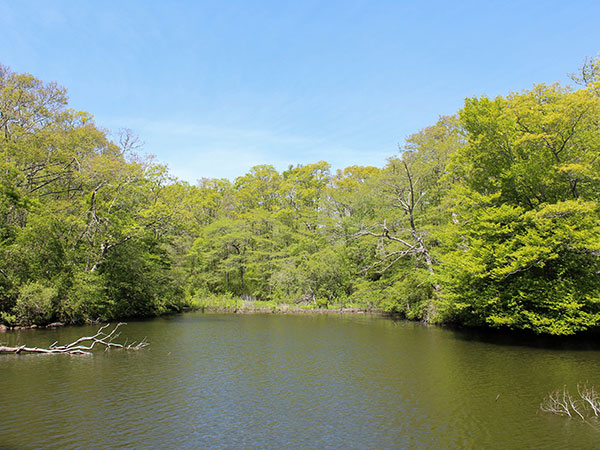 Oyster Pond and Our Land 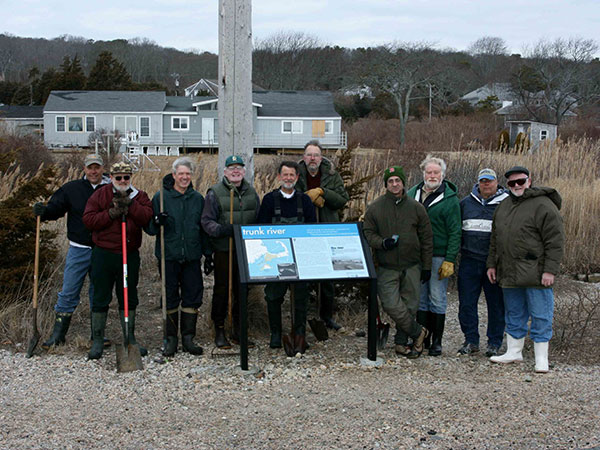 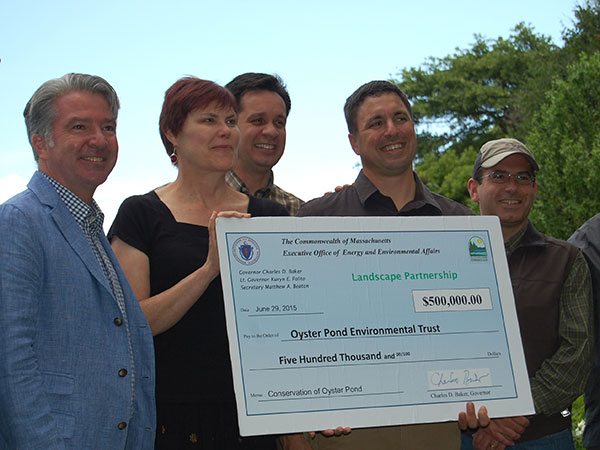 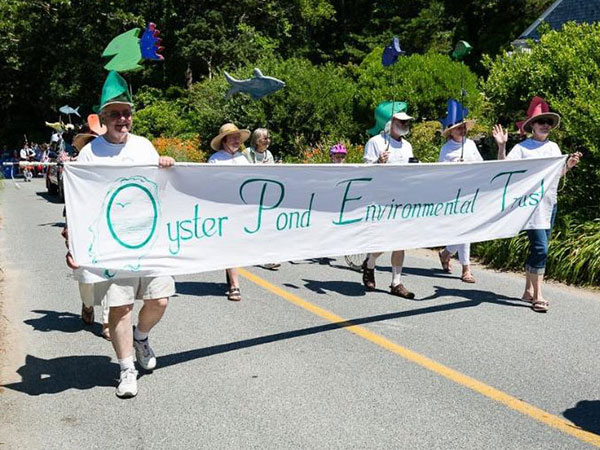 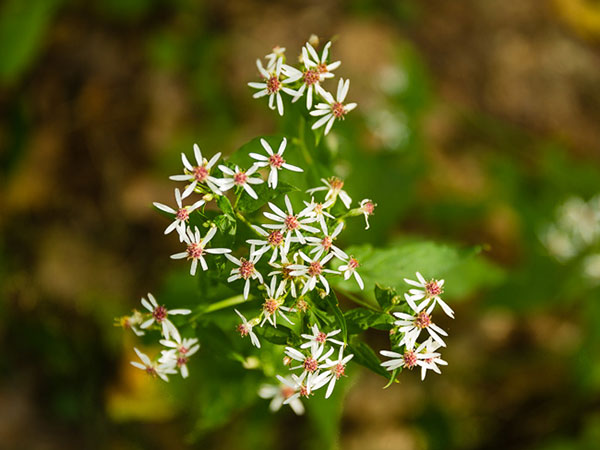 Worried about a repeat of the terrible algal bloom from the summer of 2016, OPET hired the Association for the Preservation of Cape Cod (APCC) to sample the pond [...]

Many thanks to Mike Spall who tests the salinity pond nearly every month from his kayak.  Mike, a member of the OPET Board and a scientist at WHOI, had [...]

Oyster Pond is Safe for Swimming!

September 2020 - We want to let our members and neighbors know that the pond is safe for swimming and boating. OPET has monitored the condition of the pond [...]